Quirky contrasts can be quite stark when it comes to professional football – and none more so than for St Kilda Football Club which, after 124 years as a foundation member of the Victorian Football League which in 1990 became the Australian Football League competition, still has only one premiership to its credit.

Yet, any sporting memorabilia to do with the club is often enormously popular with auction goers – and so it proved at Leski Auctions Sporting Memorabilia Melbourne sale on Thursday November 12 when a silver pocket watch in a custom leather case (lot 372) was sold after much spirited bidding for $5975 including buyer’s premium – more than twice its high catalogue estimate.

At that time St Kilda was a leading Victorian Football Association team and Smith ended his career with one game in 1898 (against Carlton Round 14) after St Kilda had joined the VFL.

Any memorabilia to do with influential football club Collingwood also is popular so it was not surprising that the rare 1958 premiership poster drawn by famous Herald Sun cartoonist WEG (lot 397) also sold for double its estimate at $3346.

Cricket reminders of the Don Bradman era are another major drawcard and the official photograph of the successful 1934 Australian Test team in England with 15 original pen signatures (lot 178) changed hands for $3107, well above estimate. 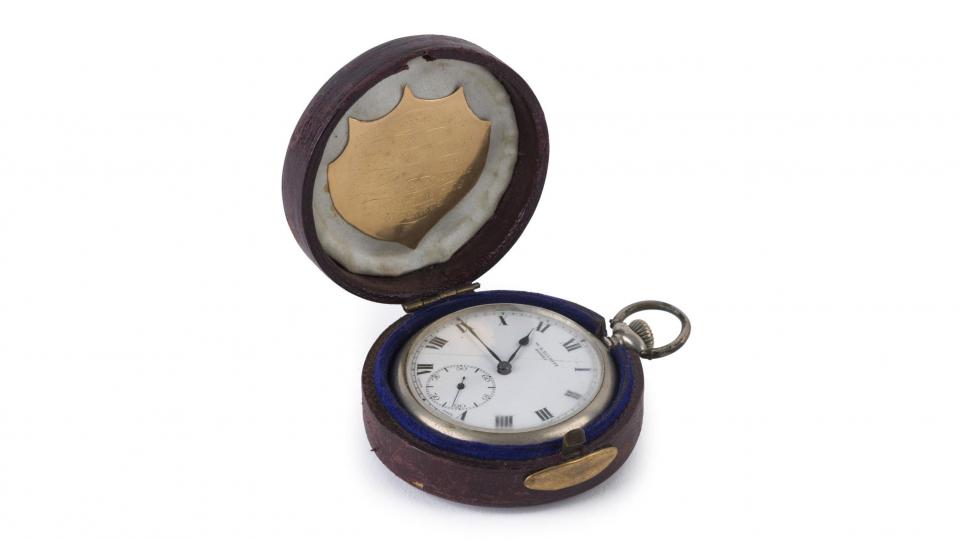 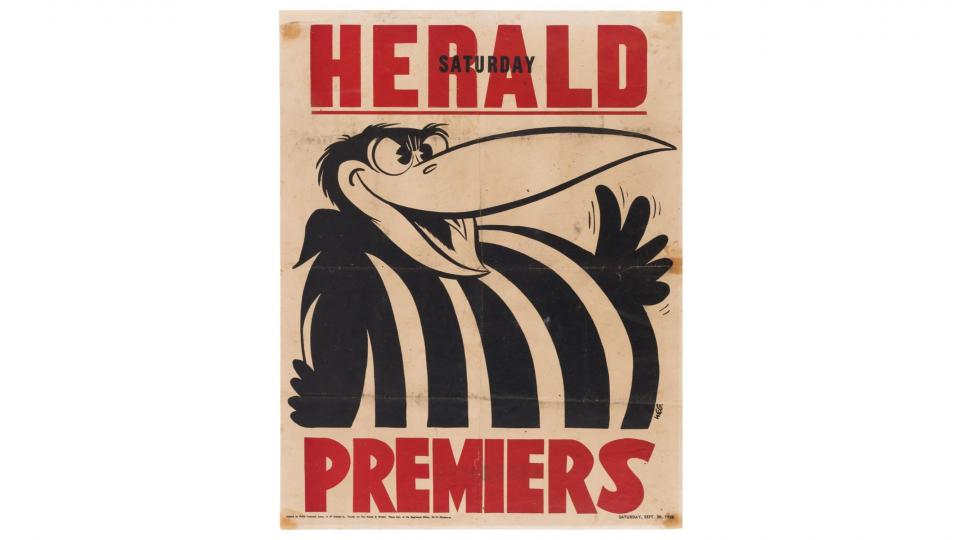