For some Melbourne-based businesses, COVID-19 is having unexpected impacts – and none more so than in the art and decorative arts auction industry.

While others have been struggling for months with harsh coronavirus lockdown restrictions, auction houses that have been able to  move their sales online have often achieved surprising results.

So it was for Leski Auctions latest two-day sale on September 26 and 27 when the comprehensive eclectic collection of former National Gallery of Victoria curator, the late Geoffrey Burke, went under the hammer.

Every lot bar one (which was snapped up five minutes after the auction finished) sold, many for more than their high catalogue estimates resulting in a 287 per cent total value on the 900 items offered.

“While our estimates were conservative, they were there to provide more competition and based on processes we had successfully used in the past for single owner auctions,” director Charles Leski said.

Given the restrictions imposed by the coronavirus in holding auctions in Melbourne, catalogues were distributed earlier than usual, resulting in a lot of overseas interest and hundreds of telephone and email inquiries requesting condition reports and details of specific auction items.

Mr Leski said there were other factors that also affected the high auction result. One was Geoffrey Burke’s reputation as a well-known collector, which meant that people who knew him, while not normal auction goers, were keen to acquire a lasting memento from someone they much admired.

The other was the top two lots – both by artist Keith Haring (1958-1990) also responsible for the National Gallery of Victoria Water Wall mural – signed and endorsed them to Burke in 1984.

“Items (by someone famous) with personal messages are not usually as valuable as those just carrying the signature,” Mr Leski said.

Likewise, the book “Keith Haring” with an introduction by Robert Pincus-Witten published in 1983 by Tony Shafrazi Gallery (lot 761) and featuring his 1982 ground-breaking exhibition, also endorsed “FOR JEOFF” and signed and dated “K. Haring 84” with a felt-tip pen drawing of his iconic “Dancing Dog” fetched a remarkable $31,070 on a $5000 estimate.

Lot 886, an Aboriginal dot painting on a wooden coolamon, was even more impressive – bringing the same result on a $600-$800 estimate.

The French artist born in 1969, who at some stage changed his name to Space Invader, figured prominently in the top 10 results, occupying positions four to eight with tile mosaics Invasion Kits numbered six to nine, each with a different title. 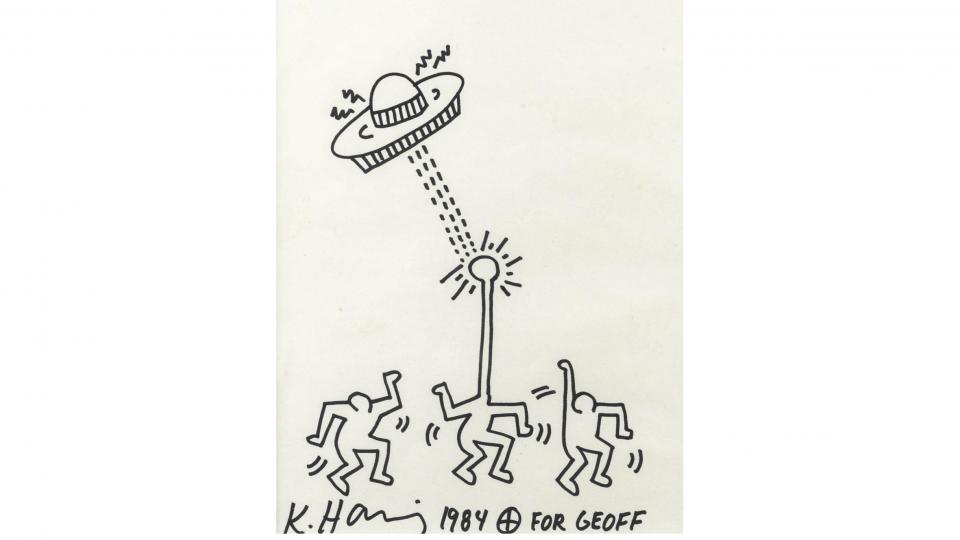 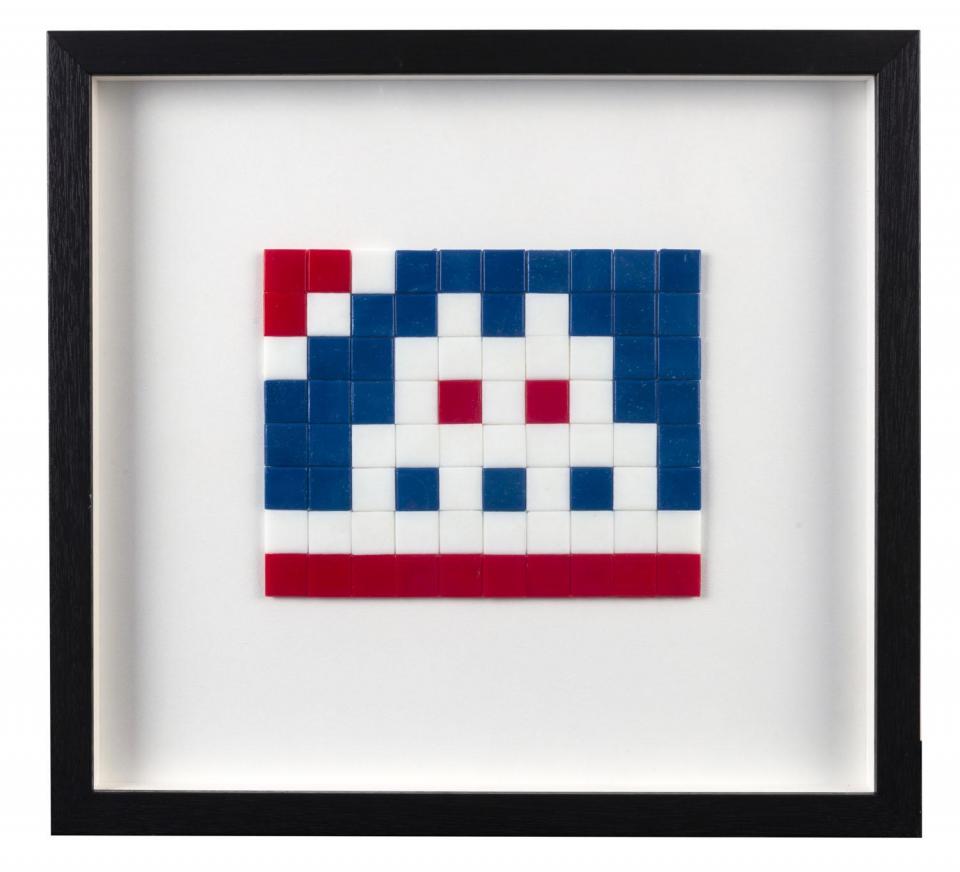