Lawsons on line auction of Hawthorn residents Ray Marginson AM and his late wife Betty (also AM) collection will close at 7pm Saturday December 2.

Betty Marginson (nee Reilly) (1923-2015) was a pioneer in many fields as a teacher, student and community activist, local councillor and advocate for citizens (especially female) rights.

Her academic career spanned WWII years as an undergraduate and in 1985 at age 62 she took her Diploma in Public Policy.

Betty had four children with her husband of 68 years Ray and taught at various State primary schools from 1943 to 1982, assisting migrant children improve their English.

Betty was elected to Hawthorn Council in 1972 and served nine years, becoming its first female mayor and then became the first woman on the Executive Committee of the Municipal Association of Victoria.

Betty was awarded the Queens Jubilee Medal in 1977, made an Australia Medal holder in 1993 and received the centenary of Federation medal in 2001.

She was one of 200 women placed on the honour roll of “Women shaping the nation” at Victoria’s Parliament House.

Born the same year as his wife, Ray Marginson was a senior public servant for most of his career. Following a period of time in the Commonwealth Departments of Transport and the Post Master Generals Department, in 1966 Ray was appointed Vice-Principal of the University of Melbourne, a post he led until 1988.

During this time was responsible for university finances, property and grounds and established modern university administration systems, including master planning of the universities built environment, which was copied on most campuses in Australia.

From 1982 to 1992, Ray was part time chairman of the Melbourne and Metropolitan Board of Works – Melbourne’s water supply authority – during which time he was awarded the Australia Medal (1985) and from 1988 to 1994 president of the Museum of Victoria. 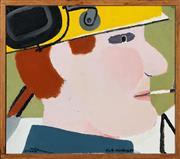 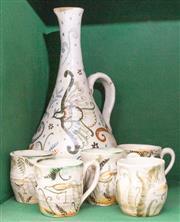