It was no surprise when John Brack’s Yellow Legs, 1969 (lot 13) painting vaulted well past its $600,000-$800,000 catalogue estimate, with spirited bidding in the room and on the telephone, to eventually be knocked down to a successful phone bidder for $1,195,600 including buyer’s premium at Deutscher and Hackett’s Melbourne November 27 art sale.

Owned by the Commonwealth Bank of Australia, the vibrant painting was part of his highly acclaimed Ballroom Dancing series and is now also significant for achieving Brack’s highest auction price for 2019 and for being the top selling work at the auction.

Bracks is regarded as one Australia’s leading modernists and this series was painted soon after he became a full-time painter following years as head of the Melbourne National Gallery School.

Another auction record was set when British sculptor Anthony Gormley’s Small Yield, 2015 (lot 14) changed hands for $549,000 – a sale milestone for the artist.

Originally trained as an anthropologist, these days he creates figurative forms that synthesise mind and matter – an effective association that is subjective to each viewer. 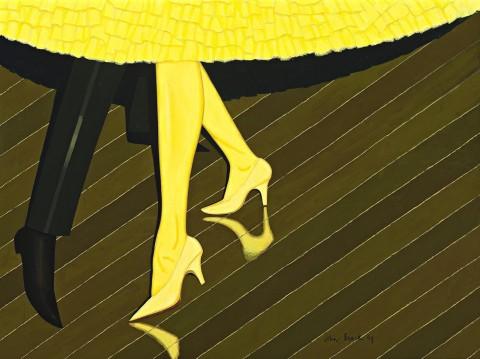 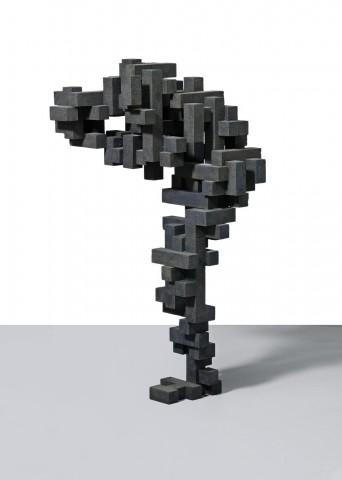