Both, lots 429 and 430, are watercolours on paper that record scenes from Captain James Cook’s second and third voyages to the South Pacific featuring the friendly island of Moorea and HMS Resolution and HMS Discovery in the bay off the island of Huaheine – and sold for $16,000 and $13,000 respectively on $3000 high estimates.

Cleveley and his twin brother Robert followed in the footsteps of their father John Cleveley the Elder and were brought up and trained in dockyards.

John Cleveley the Younger became Joseph Banks’ (Cook’s botanist on the voyages) draughtsman on his journey to the Hebrides, Orkney, and Iceland – his sketches worked into watercolours, some of which were placed in the British Museum.

As a result he was employed to turn drawings made on Cook’s second voyage into engravings and later gained access to some of the art produced on the third voyage.

Although he went on neither voyage, Cleveley moved quickly to cash in on the new demand for South Seas images with several watercolours of various highlights and tragedies including Cook’s untimely death on the island of Hawaii.

A German anthropologist travelled extensively throughout Australia at the beginning of the 20th century and produced a 600-typed-page record complete with images (lot 182) which changed hands for $15,000 at the auction.

Of great interest to cricket lovers was the mounted and framed 1933 Bodyline Test series cricket stump souvenired by Australian bowler Bert Ironmonger from the third Test at Adelaide (lot 21).

Signed by Ironmonger and members of both the Australian and English Test teams, the stump was subsequently gifted to W. Martin and sold for $14,000.

The dish has early New South Wales connections as it was presented in March 1841 to State Attorney General John Hubert Plunkett by the people as “a token of respect for his public character and esteem”.

Lot 453 depicts Tasmania’s Patterdale Farm in the 1840s, while lot 445 is entitled Milking Time and lot 447 New Settlement – Van Diemen’s Land with an inscription on the reverse side that states: Van Diemen’s Land done on the spot, 1839.

The last two paintings were exhibited at Melbourne’s Gould Galleries in 1982 with the latter in possession of the one English family since its 1840s purchase. 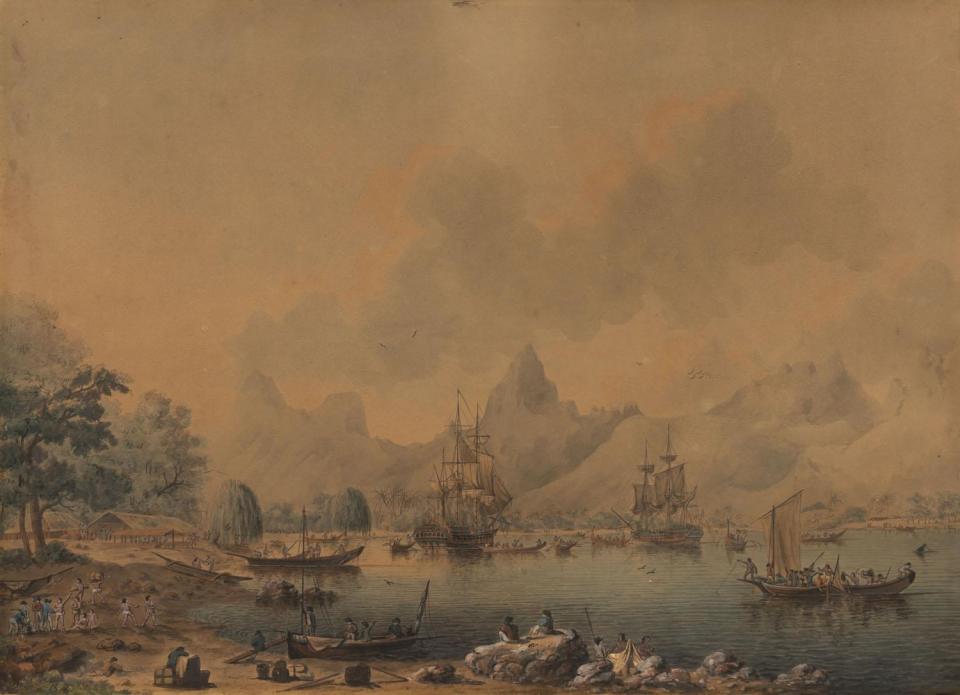 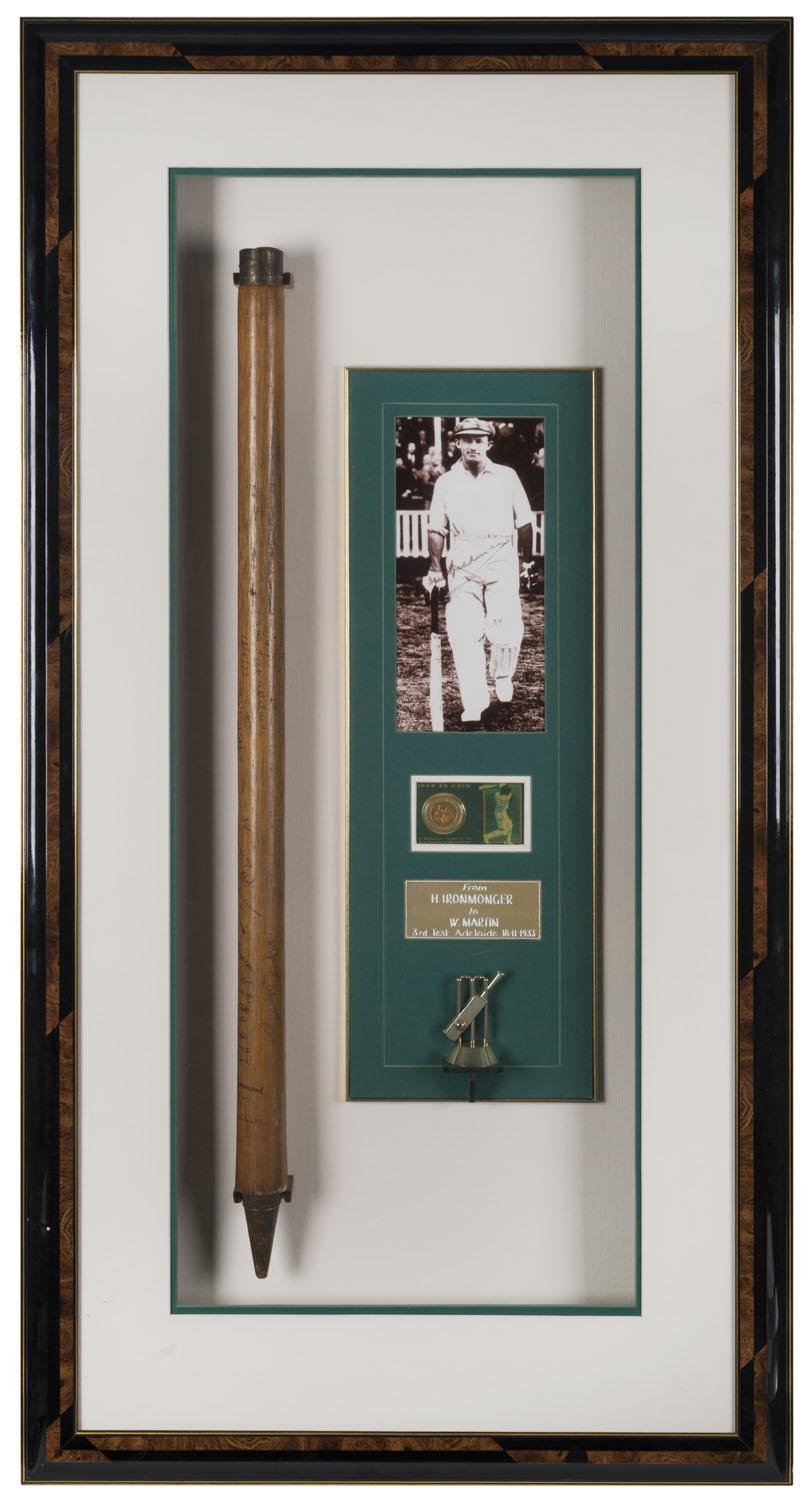