A gold travelling clock that once belonged to legendary Australian opera singer Dame Nellie Melba should have buyers flocking through Philips Auctions doors for its next jewellery sale from 6pm Monday October 27 at 47 Glenferrie Road, Malvern.

The clock, made by Vacheron Constantin and with “Vacheron Paris” marked on the flap, has the signature “Nellie Melba” engraved on the case.

The diva gave the clock to her friend Thomas Hazelton-Cochrane who then bequeathed it to his niece Margaret Ormond Cochrane.

Established in 1755 by independent watchmaker Jean-Marc Vacheron and based in Geneva, Vacheron Constantin is the world’s oldest watchmaker in continuous operation.

Other influential historical figures to own a Vacheron Constantin watch or clock include Napoleon Bonaparte, Pope Pius XI, the Duke of Windsor and former United States President Harry Truman.

The company recently exhibited its Patrimony collection (dedicated to the timeless spirit of watch icons inspired by the 1950s) at the 2nd Watches & Wonders Haute Hirlogerie Exhibition in Hong Kong from September 30 to October 2.

Vacheron Constantin created Patrimony – at the time the world’s thinnest mechanical watch – in 1955 to mark the beginning of its third century as a watchmaker.

The company also has been recognised for its creation in 2005 of the world’s most complicated wristwatch, entitled Tour de l’Ile, to celebrate its 250th anniversary.

The Philips Auctions jewellery sale contains several sterling silver Georg Jensen items including a striking Torun Bulow-Hube collier and pendant from 1967 that has been stamped by Georg Jensen and Vivienne Torun, with a post 1945 mark.

Other Georg Jensen items include separate dolphin and deer brooches designed by Arno Malinowski, a bangle by Henry Pilstrup, a pendant by Henning Koppel and cuff links by Nanna Ditzel. 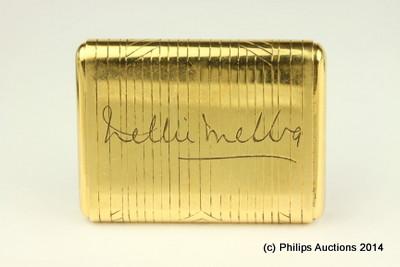