Are we in danger of becoming the faceless society? With masks now mandatory in Victoria and the only physical contact with people one permitted hour of exercise, the opportunity for facial recognition is rapidly becoming a distant memory.

While many Asian people are used to mask wearing – mainly to guard against the damaging effects of pollution in their own countries – for most Westerners it is a foreign concept.

But then, the onset of the COVID-19 pandemic in January this year was an unmitigated and unexpected disaster, the likes of which the world had not seen for 100 years since the Spanish flu cut a swathe through the global population resulting in somewhere between 20 million and 50 million deaths.

While most Asian countries immediately resorted to donning masks to help slow the rate of infection from this highly virulent virus, Westerners were reluctant to adopt the practise – citing the fact that there was no scientific evidence that droplets could travel more than a metre or so through the air and as long as people kept 1.5 metres apart COVID would find it difficult to spread through the community.

It was not until the number of people infected began to rapidly escalate and massively mount (as of today there have been 21,091,079 cases worldwide with 753,479 deaths, 170,415 of those in the United States alone), that mask wearing suddenly became the flavour of the month.

When the first wave really began to bite in March in Australia, mask wearing was ignored. However, when a significant second wave struck Victoria in June – due to lax security measures at two Melbourne hotels charged with quarantining infected and non-infected travellers returning from overseas – mask wearing, along with reimposed Stage 3 restrictions, became an additional mandatory requirement for residents outsider their homes.

By this stage, COVID had escaped into Melbourne’s community – particularly many of the northern and western suburbs.  As of today, there have been 22,730 cases of coronavirus in Australia with 375 deaths. Victoria comprises most of these with 15,863 cases and 289 deaths.

So worried was the Victorian Government at the rapidly escalating numbers that on Monday August 3 it announced a State of Disaster and imposed Stage 4 restrictions in Melbourne for six weeks – a measure successfully used by New Zealand early in the pandemic to eliminate the virus from its society for more than 100 days.

The economic effects of closing down all non-essential businesses in Victoria has understandably been disastrous for the Australian and Victorian community with even more countless billions lost in production and an estimated additional 250,000 thrown out of work to add to the hundreds of thousands already crowding the unemployment queues from earlier restrictive measures.

Despite these massive disruptions to daily life – with residents only permitted one hour exercise and one person from each household allowed to shop daily – mask wearing among Melburnians, except for a few recalcitrants, has continued unabated.

What has that meant for those determined to continue their daily exercise regime? In the first instance, a noticeable lack of greeting as friends and acquaintances normally encountered on walks now find it extremely difficult to recognise each other behind their mandatory facial covering.

Smiles have become a thing of the past but still there might be the odd raised eyebrow or salutary hand wave in hopeful, but often mistaken, recognition as people pass each other on a communal cycle track or in the street.

Of course, if recognition is successful, it can create the opportunity for a chat – at a respectable social distance of 1.5 metres – but exercisers are always conscious of the hour-long requirement mandated by government – so any greetings are given with one eye anxiously on time.

With mask wearing probably with us until at least Christmas, while researchers struggle to find a suitable vaccine or vaccines to render COVID-19 to the annals of history, our faceless society is set to become the norm for the foreseeable future.

How people will react to such a prolonged restriction and anonymity is anyone’s guess – but given that for most it is their first experience of such extensive exposure to mask wearing, it is more than conceivable that Melbourne’s population might begin discarding masks at an ever increasing rate the longer they are asked to wear them.

Or not. Perhaps, mindful of the need to stamp out this virus once and for all, Melburnians will knuckle under and keep wearing masks until the danger has long passed.

Only time will tell. 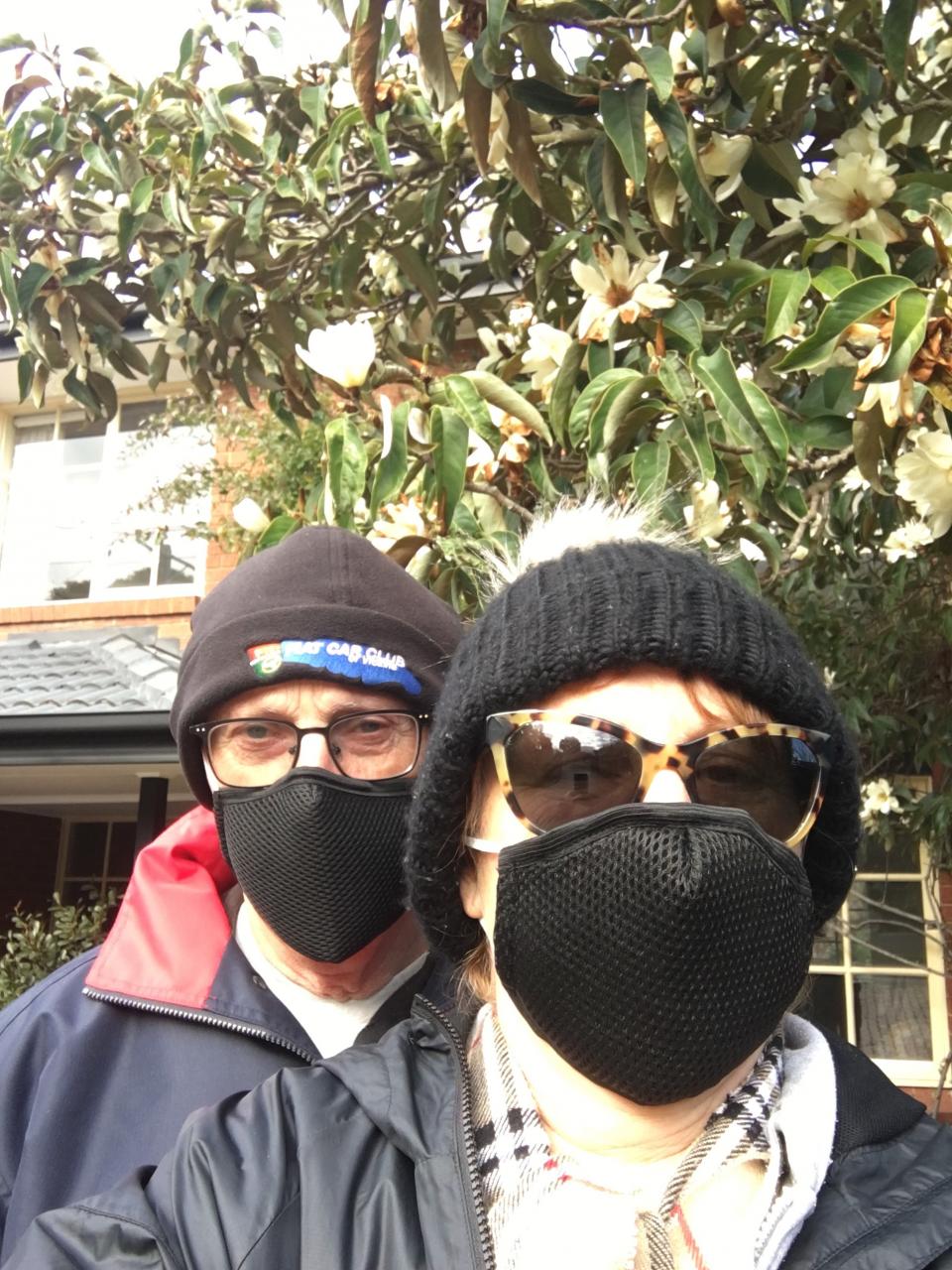