Bugatti furniture to the fore in Melbourne online auction

An elaborate and flamboyantly designed Carlo Bugatti (1856-1940) lectern (lot 708) made circa 1880-1895 and exhibited at the National Gallery of Victoria was the top selling item ($17,925 including buyer’s premium) at Leski Auctions two-day Melbourne sale on October 31 and November 1.

Constructed from ebonised wood, brass, ivory, pewter, vallum, cord and bone, the lectern was made in his Milan workshop, established in 1888, from where his eccentric designs found a ready market. In the same year, he exhibited bedroom furnishings at the Milan Industrial Arts Exhibition and the Italian Exhibition at London’s Earls Court.

Attributed to Barovier & Toso is a stunning pair of circa 1940s Murano glass white lights adorned with grape leaves (lot 228) fetched the second top price of $9560.

The lights retain their original foil “Genuine Murano Glass Made in Italy” and “Made in Italy” labels along with the original “Farmers & Co. Sydney” retail label.

In 1839, Farmers was considered Sydney’s most prestigious emporium but in 1960 was absorbed into Grace Brothers.

A 19th century Chinese walking stick (lot 335) with an ornately carved jade handle, silver collar and Chinese tiger wood shaft was listed in the catalogue at a $400-$600 estimate. By the time the bidding was finished, $7767.50 had changed hands.

Other sale items of note included another Barovia & Toso creation – a circa 1957 Murano glass vase by Ercole Barovier (lot 238) – a circa 1955 Barbini for Cenedese Murano Aquarium glass with four fish (lot 225) and a pair of 20th century French boule and ormolu bedside cabinets with marble tops (lot 626). 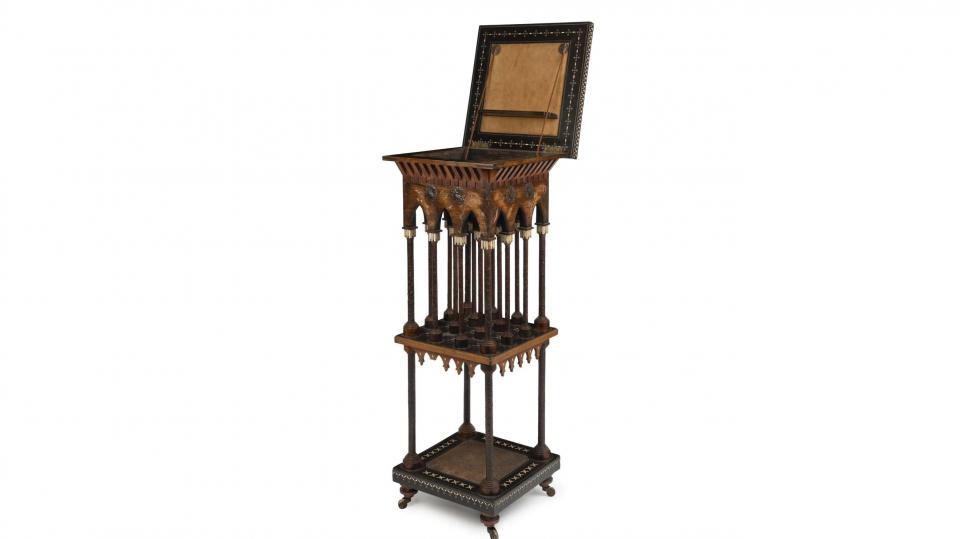 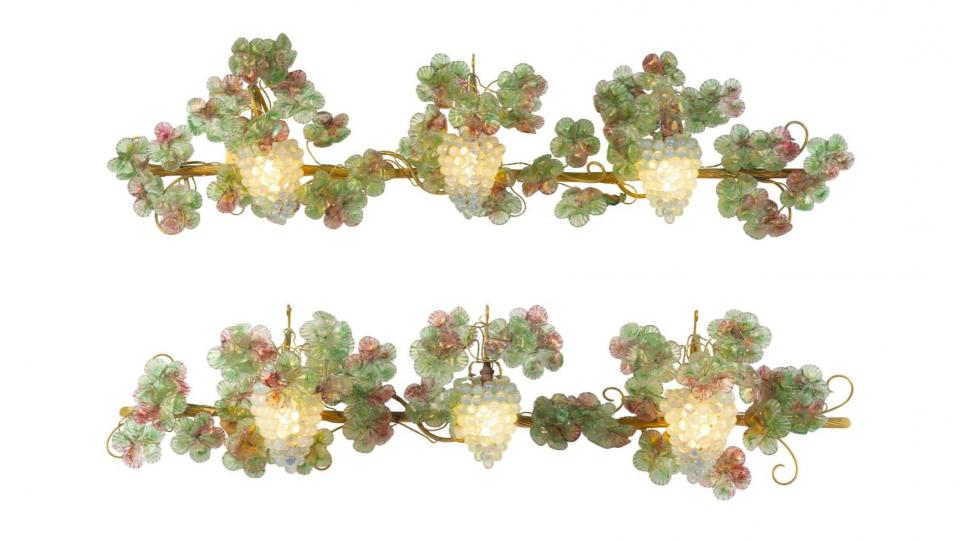