A blockbuster result for stamps and postal auction

The boom times of the late 19790s were revisited on September 1 as stamp dealers and collectors fought for possession at Abacus Auctions latest Melbourne sale.

In the end, an Asian client proved to have the deepest pockets.  This is a world record price for any Australian cover, proof or stamp issued in the past 60 years.

In all, 81% of the 1050 lots were sold, for 105% of the total estimates for the auction.  Whether it was stamps, covers, postal stationery, postmarks or revenues going under the hammer, there was competition from many quarters.

From Australia, the KGV Heads were a virtual sell-out.  The highlight was the extensive Pennies collection formed by John Tracey from Melbourne.

His remarkable array of all-different dated cancellations sold for $4720 against an estimate of $1000, while the covers, all with plated varieties and estimated at $4000 went for $5192.

Postal Stationery featured strongly, with some extraordinary prices achieved.  A group of QEII items with ‘SPECIMEN’ handstamps made $1770, more than four times estimate.

There were also some strong results in the postal history section.  An enormous 1973 cover from Australian Forces abroad surprised at $1062.

A 2001 postcard to the UK franked with the provisional $1 Koala International Stamp made $566, a solid price for a modern rarity.  Two Myer parcel labels with meter cancels instead of KGVI embossings came in at $1652.

Australian picture postcards were also in demand.  A box of topographical cards estimated at $600 attracted intense competition and was bid up to $2242.

Two collections of Melbourne Suburban cards were also popular.   A collection of the 1908 Visit of the US Fleet, offered at $2000, was a relative steal at $2242. 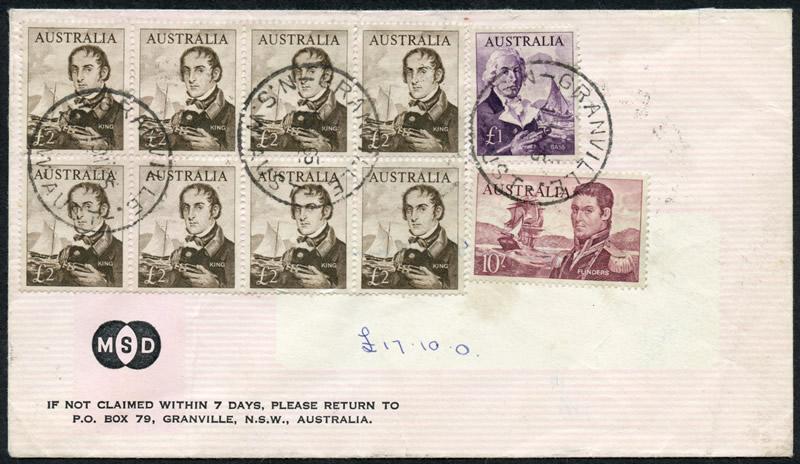