While lunar soil brought back by the first unmanned robotic probe to touch down on the Moon’s surface failed to find a buyer at Leski’s December 11 Melbourne auction, memorabilia from pioneer aviation flights resulted in a great deal of spirited bidding.

The tiny sample of soil from the Russian Luna 16 September 1970 expedition (lot 261) carried a starting price of $400,000, so it was always going to be big ask to find a sufficiently wealthy interested buyer – while the popular aviation memorabilia played on the importance of the centenary anniversary of Keith and Ross Smith’s 1919 flight from London to Australia and Sir Charles Kingsford Smith historic pioneering journey in the Southern Cross.

Lot 74 was another Bandar-Abbas cover entrusted to the Smith brothers, while lot 61 was a postcard dated October 14, 1919 carried by Poulet and Benoist in their Caudron G4 “La Mouche” from Great Britain to India and then Karachi.

Lots 45 and 46 were the first airmail items carried in Australia – the former, a real photo postcard, on June 16, 1914 by French aviator Maurice Gillaux and the latter, a letter from the mayor of Bendigo to the mayor of Ballarat, on June 9 that same year by the same aviator.

A Ross Smith flight vignette (lot 70) sold for $14,000, while Sir Charles Kingsford Smith and Charles Ulm’s first crossing of the Pacific Ocean in the Southern Cross (May 1928) with an Australian cover as part of its cargo (lot 127) was a $13,000 successful bid. 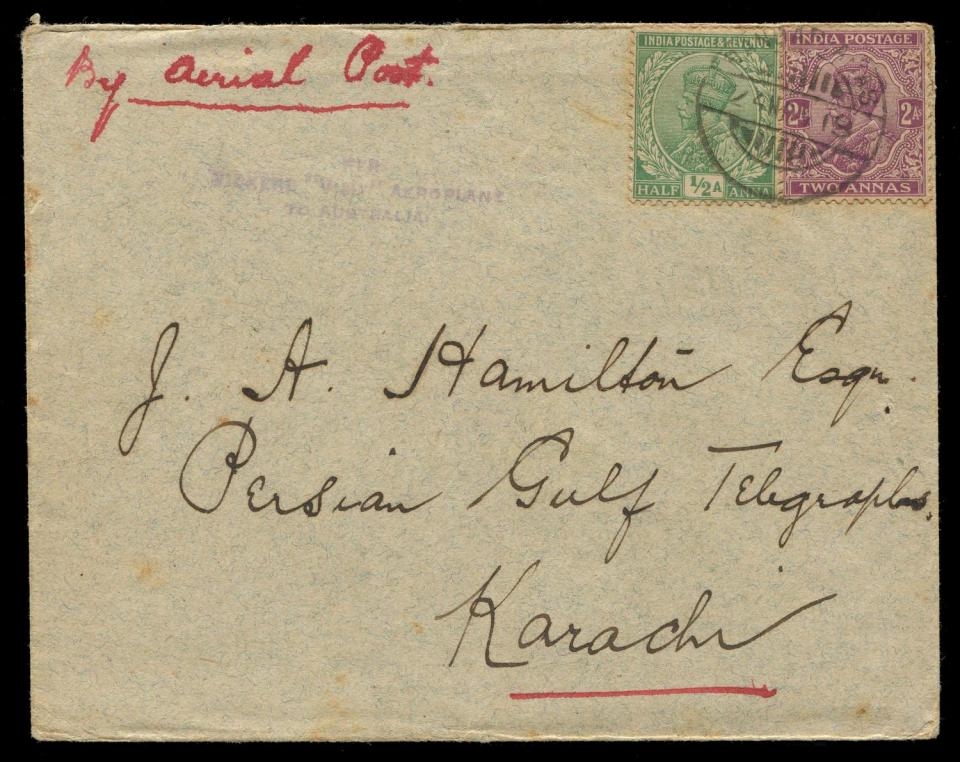 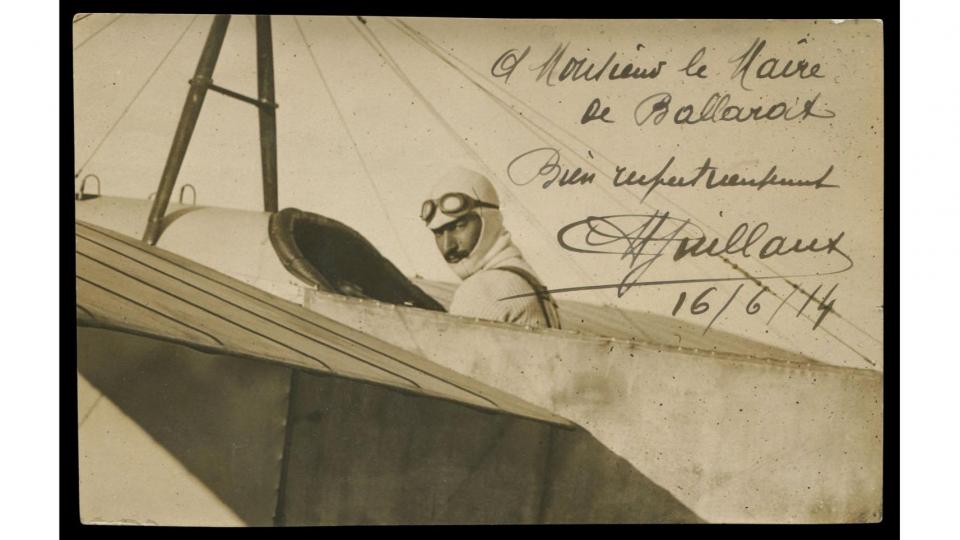